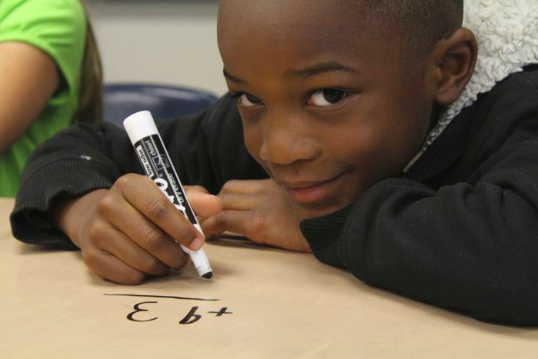 By Kyle Rosenkrans for NJ.com,

If all you read was national news, you’d think that the Newark school system was a mess.

Not so. But rarely have those national observers asked a broad cross section of the people what they actually think. Instead, they tend to cherry pick interviews with a few local gadflys and call it a day.

That’s not good enough if we’re going to have a fact-based conversation about education.

My organization recently commissioned a citywide poll with Change Research firm to ask a representative group of 516 Newark voters how they’re feeling about the education system. Not surprisingly, on issue after issue, strong majorities of everyday Newarkers support the things that national pundits told us were “controversial.”

But the upshot here is that the very things that the pundits and politicians try to tell us are controversial, are actually far less so when you talk to everyday people. Everyday people care more about common sense than ideology. Most of those folks don’t care what kind of school their child attends but they care deeply that it is the best possible school for their child. Most want policies and systems that make it easier to find the best school, like our common enrollment system.

Newark’s unique mix of district and charter schools, growing alongside one another, is something that people want.

And it works. We’ve documented it. Publicly available data on school performance that we assembled in our New Baseline report earlier this year makes it clear: reading and math levels are up over the last decade, so are graduation rates, and opportunity overall — especially African-American kids.

Previous studies have shown that Newark has more schools “beating the odds” than other city in America, and its charter schools – which now educate nearly 40% of students.

The system works and people support some of the biggest changes. So where’s the controversy?

The protests and acrimony over rapid early changes to the system branded this as a failure to the casual observer. The hype around the change effort made the stakes higher and attracted cynical naysayers eager to make a name for themselves by slaying the hype beast.

Meanwhile, Newark’s teachers, principals, students, and families kept working to build a better system. Those efforts took several years to bear fruit, but it is working.

That success also transcended who was mayor (formerly Cory Booker and currently Ras Baraka), or who was governor (formerly Chris Christie and currently Phil Murphy), or who runs the school system. That’s because the leaders can help spur action, but it’s everyday people who must implement it in their classrooms, drop their kids off at new schools, and utilize new tools to make enrollment easier. They’re the real heroes.

The system isn’t fixed and our data also showed a hunger for more improvement. This new era of local control brings new leadership and new risks. Newark’s homegrown schools Superintendent Roger León and an elected board of education have lots left to improve and are doing so.

However, it can’t be denied is that the school system is doing better and everyday Newarkers–especially those with children–support what’s happening here. Please run and tell the national pundits.