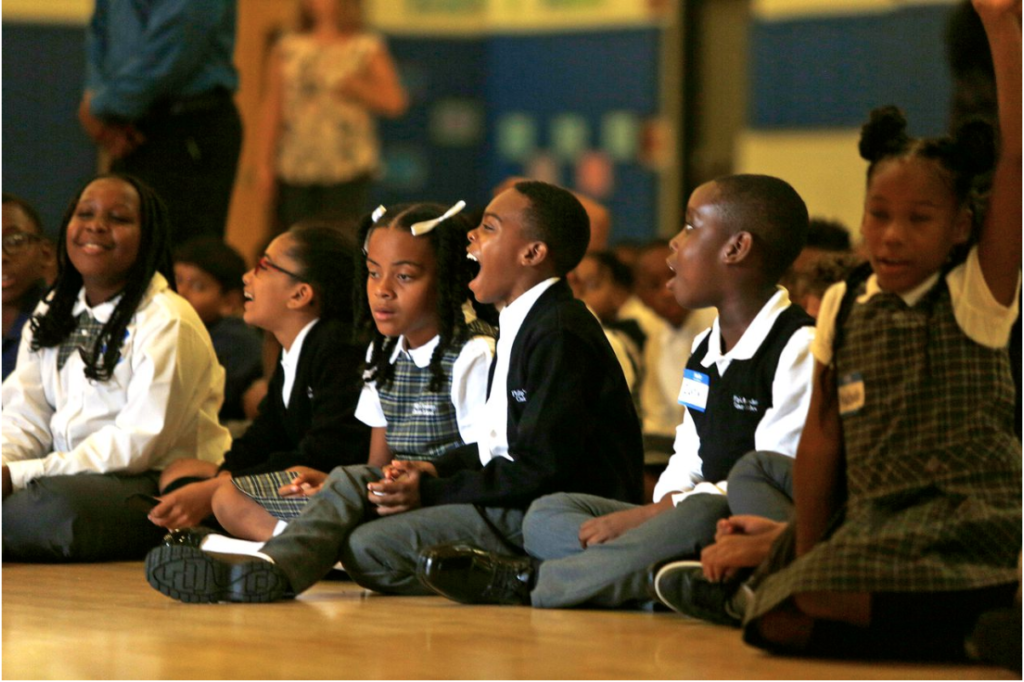 By Kyle Rosenkrans for The Star-Ledger,

Facts, science, and truth matter more today than ever, as the public swims in a polluted ocean of “fake news” and stealthy misinformation campaigns to sway their opinion. Groups traffic in pseudoscience and bad data to sway advocates to take action — and sometimes those groups get big and loud enough to actually change public policy.

Public education is not immune to this problem. Which is why our goal at the New Jersey Children’s Foundation is to promote a fact-based discussion about education — with a focus on our home city of Newark.

Public charter schools are perhaps the biggest lightning rod in the truth wars over education. Almost since their inception, these free, open-enrollment, non-profit public schools have weathered debates over their performance and what this data means for improving public education as a whole.

Public charter supporters point to state data showing Newark charters out-performing the state of New Jersey for two consecutive years (in a state recently ranked first nationwide in public education). Charter critics dismiss these test scores as the result of “creaming” the best, most motivated students and parents, or by pointing out small demographic differences between district and charter student bodies. Media coverage too often discusses this disagreement by pointing out that “charter supporters say X, but critics say Y.” And it’s the public left searching for real answers.

Well, the science is now catching up to the debate, and it’s leaving the charter critics with egg on their face.

A new study released nationwide by Professor Marcus Winters at Boston University’s Wheelock School of Education used the most rigorous study methods to date, and eliminated factors like parent involvement and student poverty levels or student special needs, and found that attending Newark charters in the city’s common enrollment system STILL caused “large” and “sustained” improvement for students in the Brick City. In fact, the effect of Newark’s public charter schools on improving student learning was better than 80% of the other education programs studied by researchers.

Also notable is that BOTH the large non-profit charters and the standalone “mom and pop” charters posted positive effects on student learning — even though some tried to suggest that the smaller charter schools weren’t making an impact.

This study builds on – and validates – several years of scholarship showing that Newark charters are incredibly high performing. In 2015, Stanford University’s CREDO study ranked Newark’s charter sector as second among all 41 urban charter sectors they studied. In 2015, the Center for Reinventing Public Education found that Newark was leading all cities studied in the number of “beat the odds” public schools–and charters made up a huge majority of them. While Newark stands out nationally, a recent research compilation by the Poverty Action Lab shows that there is an ever-growing research base for the efficacy of urban charter schools.

But some have tried to discredit the study by pointing out that it doesn’t address the effect of charter schools on the Newark school district.

This a head scratcher because the publicly available data (which we wrote about last year) shows that the Newark school district also got better while the city’s charter schools grew. Our organization released a full report in 2019 showing that the district’s test scores, growth rates, and graduation rates are all up over the last decade-plus (during which charter enrollment nearly tripled). High-need students were not left behind to concentrate in the district–in fact state data shows that the district’s special education and poverty levels are down since 2011.

These critics would also have you believe that charters are unpopular with the general public. Again, not true. According to our 2019 poll of Newarkers by the progressive polling firm Change Research, 63% saw public charter schools as an important part of the city’s public school landscape — and a majority of Newark parents choose a charter school as their first choice in the city’s enrollment system.

To be clear: despite what some may allege, charter schools aren’t the only public education solution for children. In a state where many have fought for years for educational equity for low-income kids but thousands are still left waiting for their chance, it’s no wonder that parents see public charter schools as a fair and realistic option for their children. But the key word here is “option.”

Both the scientific evidence and popular opinion now show that public charter schools can play a critical role in the improving student learning and thereby helping cities provide stronger education options for children. Perhaps more people should take Gov. Phil Murphy’s advice to deploy a “moneyball mindset” on public policy issues and use “data and analytics to guide […] decision making” on the role of public charter schools in urban education in New Jersey.

Kyle Rosenkrans is the founder and executive director of the New Jersey Children’s Foundation. Its mission is to invest in people, programs, and partnerships that will improve public education systems by putting the interests of children first.
Categories:Op-Ed