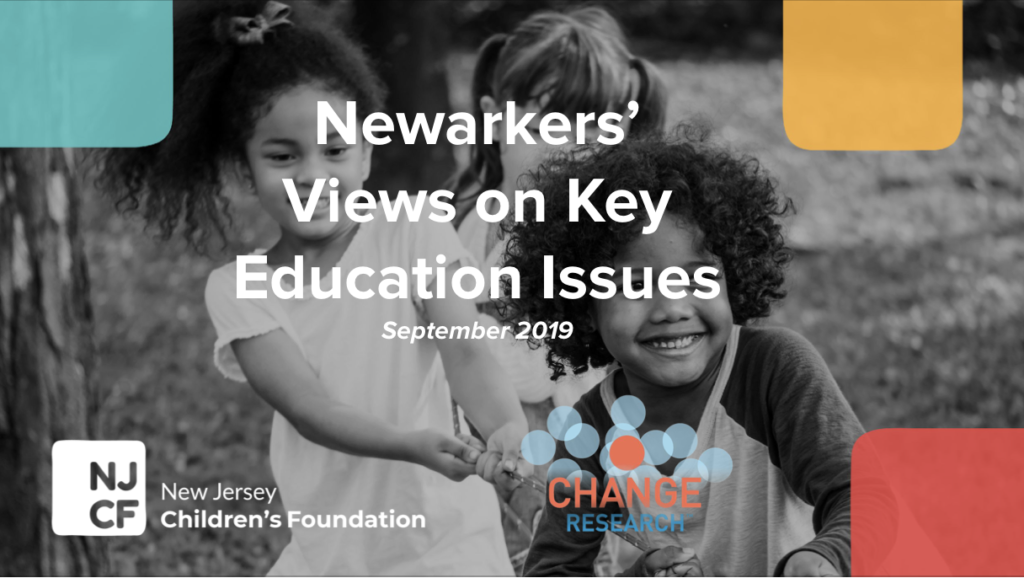 NEWARK – According to a new poll from Change Research and the New Jersey Children’s Foundation, Newark voters strongly support many of the improvements that have taken place in the City, and want to see more of them.

Key findings from the poll include:

“Contrary to what you might hear in the national narrative, there is a lot of public support for the historic progress Newark has made. Newark voters are still looking for more quality public school options, and they broadly support public charter schools as part of the solution,” said Kyle Rosenkrans, Executive Director of the New Jersey Children’s Foundation. “We should trust the opinions of the people living in our communities and experiencing our school system every day over the opinions of national pundits.”

The poll also tested attitudes on a number of education issues currently being discussed in Newark, including school facilities, the city’s new teachers contract, and magnet schools.

This poll builds on the New Baseline report released by MarGrady Research and the New Jersey Children’s Foundation this spring, which showed significant improvement made in Newark’s public schools (both district and charter) from 2006-2018. Data from the Change Research poll builds on this research, proving that not only are Newark’s changes delivering a better quality school system for students, but Newarkers are largely supportive of many of these changes and recognize they have been beneficial to families.

About Change Research: Change Research provides fast, affordable, and accurate technology-based polling to forward-thinking campaigns and causes across the country. Since launching in July of 2017, Change Research has conducted nearly 600 polls for candidates, campaigns, and causes at all levels and budgets. From seats in city councils and Congress, to Democratic movements in rural Oklahoma and Colorado, to up-and-coming candidates in Florida and Illinois and swing states like Pennsylvania and Ohio, Change Research’s innovative and data science approach to polling provides winning insights. Change Research is a Public Benefit Corporation. Learn more at www.changeresearch.com and follow @changepolls.