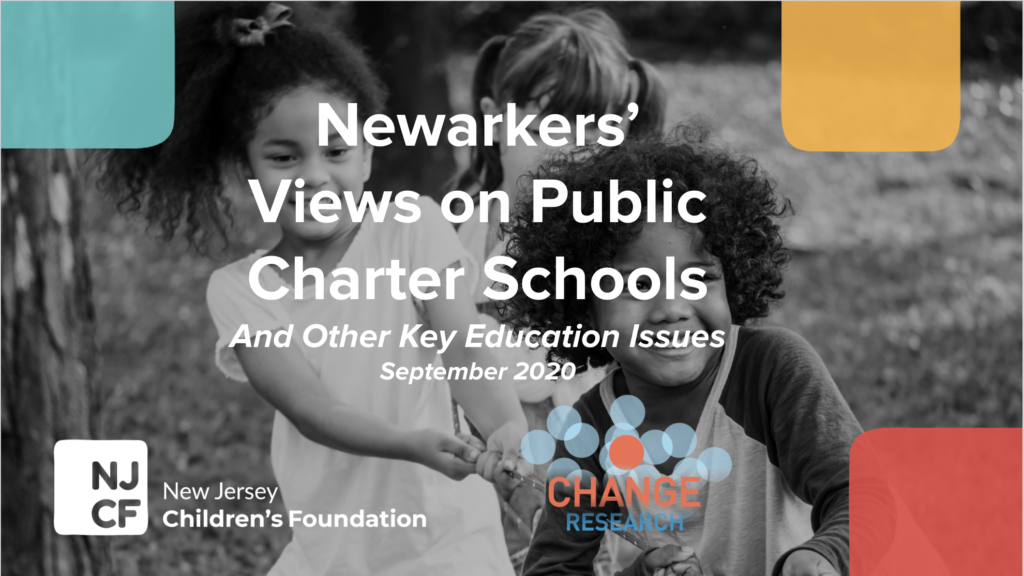 NEWARK – A September poll from Change Research and the New Jersey Children’s Foundation shows that Newark’s public charter schools are broadly popular among all city voters – with 66% viewing the schools favorably and just 29% viewing them unfavorably.

By a 2-to-1 margin, voters would be more likely to vote for a candidate who supports expanding public charter schools: 42% would be more likely to vote for such a candidate, 21% less likely. Among parents of children in public charter schools, it’s 58% to 3%. Such a candidate would have an advantage with voters of all political affiliations, and with every racial and ethnic group, age group, and gender.

“For years, Newark has been a counterpoint to the national narrative that tries to divide public school parents and make access to quality schools a divisive issue,” said Kyle Rosenkrans, Executive Director of the New Jersey Children’s Foundation. “This poll shows that Newarkers support more quality public schools, regardless of school type, and want to see their elected officials continue to do the same.”

“This poll proves what I’ve heard from Newark parents for years,” said Jasmine Morrison, a parent advocate from Newark. “Most parents I speak with have their children in charter schools or are waiting to get their children off of a waiting list. Newark parents want to choose the best public education for their kids, and want elected officials to support their right to make that choice.”

“We are not at all surprised by the results of this poll, as we have seen through our long association with University Height Charter School the great demand Newarkers have for public charter schools, said Senior Pastor Rev. Timothy L. Adkins-Jones of the Bethany Baptist Church.  “We believe that when non-profit public charter schools reflect the communities they serve, our children are provided greater opportunity and equity. We hope that this information will help ensure that our city continues to value the important voices of our parents and continues to collaborate for solutions. We’re confident that this is possible because of the leadership of our Mayor Ras Baraka, and the way that our city has changed its narrative when it comes to education, uniting together and embracing public education systems that work.”

Additional key findings from the poll include:

This poll is part of a long-running effort by the Newark-based non-profit whose mission it is to promote a fact-based discussion about public education. It is the third such poll the Foundation has commissioned since its founding in 2018. The first was in 2018 and found broad support for Mayor Baraka and charter schools. The second poll was in 2019 and found similar support for the city’s educational improvement strategies.

The poll was conducted from September 23-29th, and surveyed 516 registered voters in Newark.