A New Foundation in New Jersey Wants Newark Students to Have Great Schools. Period. District or Charter? It Doesn’t Matter. 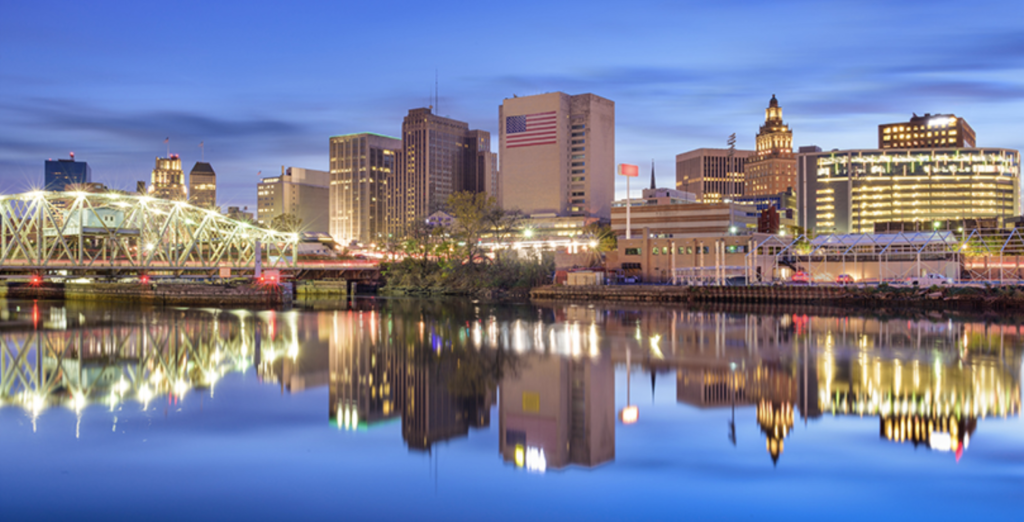 By Laura Waters for The 74,

“Equity is what drives me. Education is what I’m most passionate about, but it’s all in the same soup.”

That’s Kyle Rosenkrans, who today formally launched the New Jersey Children’s Foundation, a nonprofit organization aimed at promoting a fact-based discussion about public education in Newark. False narratives to the contrary, student academic growth and achievement in Newark, New Jersey’s largest school district, have improved markedly since Sen. Cory Booker’s tenure as mayor from 2006 to 2013, with test scores and graduation rates up and a quadrupling of chances that African-American students will attend a great school.

And yet, says Rosenkrans, who serves as the foundation’s executive director, there’s much work left to do, especially as a newly elected school board takes the helm after almost a quarter-century of state control. There must be, he says, a step away from the “zero-sum politics” that have characterized the growth of the public charter school sector, and a unified attempt — one of the foundation’s primary goals — to within five years double the number of seats in high-quality Newark schools regardless of their form of governance.

A lofty goal, but Rosenkrans and his team have a three-pronged plan to get there:

● Citywide School Performance. Newark has come a long way, but it needs a consistent, fact-based discussion about student outcomes, one that is unafraid to talk about both the successes and failures, and leads to real improvement strategies.

● District-Charter Collaboration. Newark can be a national model for creating systems of high-performing public schools, with great district and charter schools living side by side as neighbors and collaborators.

● Fair Funding for All Public Schools. There are tremendous inequities in the way both district and charter schools are funded in New Jersey. The foundation will work alongside anyone dedicated to fixing this problem so that every student in the city has the resources needed to learn at the highest level.

Rosenkrans comes naturally to this work. A first-generation college graduate from Stillwater, New Jersey, he was an aide on Capitol Hill, a civil rights attorney at Essex-Newark Legal Services, a law professor at the Seton Hall Law School Center for Social Justice (where Shavar Jeffries, now executive director of Democrats for Education Reform, was one of his professors) and a public policy advocate. Much of Rosenkrans’s work has focused on Newark: protecting evicted tenants, advocating for LGBTQ community members and fighting foreclosure scams. Most recently, he worked with the nonprofit charter organization KIPP New Jersey to raise millions of dollars and was CEO of the charter school association in New York and Connecticut.

With his founding of the foundation, he returns to his passion: improving public education in Newark, which he sees as a “proof point” for district-charter collaboration.

“That’s why Newark’s next phase of locally driven leadership is so exciting,” explains Rosenkrans. “The city can show the nation that it’s possible for a system of district and charter schools to work together and expand educational opportunity, with major stakeholder groups aligned behind local leadership. We can prove that charter and district schools can coexist as neighbors and collaborators, with the end result a net improvement in outcomes for Newark’s children.”

Thus, the foundation intends to publish policy papers, data and research to promote useful, student-driven discourse with specific solutions to problems. Other objectives include supporting grassroots advocacy projects like the already-underway Project Ready (which just accomplished its first goal of helping 1,000 Newarkers, mostly women of color, to register to vote by mail) and fundraising for proven, citywide solutions to improve student outcomes.

Its board includes Chair Everett Johnson, a Newark native who is a partner at Wilentz, a prestigious New Jersey law firm; Modia Butler, a partner in the strategy firm Mercury Public Affairs and a top adviser to Booker; and Kevin Shafer, a partner with the City Fund, a new national philanthropic initiative that is supporting the foundation’s launch. The foundation plans to raise additional funding from a variety of sources that will be used to support a combination of grantmaking to outside organizations and projects incubated in-house.

“We will support any education system and program that puts Newark’s children first and has demonstrated results,” says Rosenkrans. “Charter schools have proven to be a vital part of the public education system in Newark, but it’s just as important to us that we foster a path for more innovation and progress in the district. We won’t measure our success by what percentage of children attend charter schools, but rather what percentage of children in Newark go to a great school of any kind.”