New Newark Report: Improvements in Academic Growth for Children in Both District and Charter Schools But There’s More Work To Do. 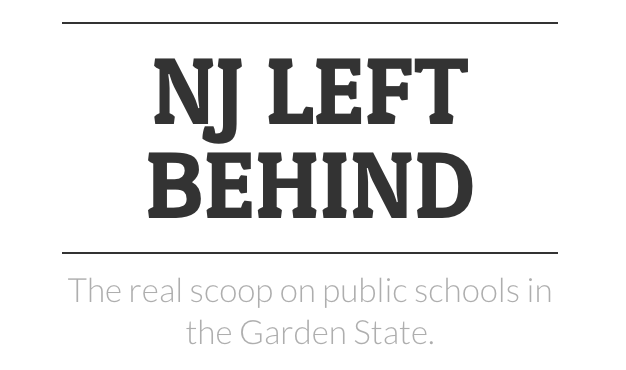 The New Jersey Children’s Foundation (NJCF) just issued an analysis called “A New Baseline: Progress in Newark’s District and Charter Schools from 2006 to 2018,” written by Jesse Margolis and Eli Groves of MarGrady Research. This inaugural project for NJCF fits neatly into its vision: providing clear, practical information so that all people — parents, students, teachers, school leaders — can have access to accurate facts about student growth and school quality. The data is culled from the New Jersey Department of Education; there are no anecdotes here, just the facts, with an end-goal of enabling Newark families to make the best choices for their children and hold their leaders accountable.

This is not the first time that Margolis has examined Newark school quality. In October 2017 he wrote “Moving Up: Progress in Newark’s Schools from 2019 to 2017,” about the same time that Harvard’sCenter for Education Policy Research released its own report; both found “statistically significant gains” in Newark students’ English Language Arts (ELA) proficiency levels in both charter and district schools although math scores were mostly flat. This new study, explain Margolis and Groves, covers “two additional years of testing data” and the last two years of state control. Thus, this current report “serves as a reasonable end-point to the period of state-control and a useful baseline against which to measure Newark’s progress under local control.”

Of course, in the current environment there’s more to this than data points. The pending presidential election has highlighted the tendency of Democratic candidates, despite the enthusiam of parents of color for charter schools, to cower before union leader power and profess scorn for educational alternatives that don’t require the financial resources to move to loftier ZIP codes. We’ll look at these implications in a later post. Today let’s just look at the numbers, starting with the most important take-away:

Citywide — i.e., across both the district and charter school sectors — students are improving their academic growth and proficiency, as well as high school graduation rates.

Now let’s take a quick look at the most recent data that backs up this claim:

In other words, dire prognostications of district dissolution through the expansion of charters (see, for example, this NEA-funded report by Bruce Baker and Mark Weber) are flat-out wrong. The district isn’t bankrupt. Newark Public Schools didn’t enter a spiral of failure. Students with disabilities are not clustered in district schools.

What really happened? The tide didn’t lift all boats but it lifted a lot of them in both district and charter schools. In fact, Margolis and Groves attribute the 14.5% rise in high school graduation rates from 2011-2018 largely to improvements in district schools.

Except for those 15,000 students  trapped in leaky boats.

First, look at the scatter plot below (or go to page 25 of the report).

For example, the upper left quadrant, Higher Proficiency, High Growth, has 16 bubbles, which represent 10 district schools  and 6 charter schools. The students’ proficiency and growth are in comparison to other districts who meet the requirements for “District Factor Group (DFG) A,” which are NJ’s  poorest school districts, like Newark. The authors write, “[a]s shown in the figure, there is a positive correlation between growth and performance.” They also note that the charter schools in this quadrant “enroll over 21,000 students, of whom 86% qualify for free and reduced price lunch and 89% are Black or Latino.” (I’m guessing that some of those district schools are Newark magnet schools, which often, lIke Science Park High, “cherry-pick” top students based on standardized test scores, grades, and attendance.)

Margolis and Grove are agnostic about how these gains in Newark student academic growth came about:

“We do not claim that Cory Booker’s election as mayor in 2006, Mark Zuckerberg’s gift in 2010, or Ras Baraka’s election as mayor in 2014 (and the policy changes that accompanied each) led to the improvement we see in Newark’s students’ results, though each may have contributed. [Look at page 7 of the report for a history of Newark’s school reform efforts since 1995.]  We simply argue that the gains happened, they are real, and they are meaningful. With Newark’s school district having returned to local control in 2018, we hope the results documented here will be useful both as a summary of prior gains and a new baseline against which to gauge further progress.

“We can debate the causes,” Margolis told me, “but we shouldn’t debate the facts.” Newark district schools have improved since the charter expansion and those charters, which now enroll one-third of Newark students, “have shown particularly impressive gains, and in 2018 had a higher proficiency rate than the New Jersey average in both ELA and math for the first time.”

Yet “there remains much work to be done.” Why?

Look at the lower left quadrant on the scatter plot: Over 15,000 children in Newark – roughly 30% of the city’s students – attend low growth, low proficiency schools. Over 11,500 are enrolled in district schools and 3,500 in charters. Eighty-three percent of these students are eligible for free/reduced lunch and 98% are Black or Latino. “On average,” write Margolis and Grove, “19% of these students scored proficient on the 2018 test, with less than 10% scoring proficient in some schools.”

So, where do we go from here? Kyle Rosenkrans, Executive Director of NJCF (see my interview with him here) says in the introduction to the study that “the work isn’t done” and  “the next phase of Newark’s school improvement will require a bold vision, new strategies, and a renewed commitment to partnership and common purpose.” Margolis told me “there has been substantial improvement in the performance of Newark’s schools over the past decade and there is substantial room for continued growth.”

Meanwhile, 15,000 children and their families wait for the tide to rise.